It’s no secret that Gilbert, Arizona’s population has tremendously grown over the years, from 42,795 in 1993 to 238,532 in 2016. An increase in population also leads to a rise in demand for government services such as public safety services. Check out how Gilbert is responding to the growth by connecting the data sets of Gilbert's Population Growth and the Gilbert Fire and Rescue Department's Calls for Service. Each of the data sets contains over a decades’ worth of actual data that our departments use to drive decision making and improve the services that we provide to residents.

If you're interested in learning more, I can help explain some of the charts and information on this page. Click the button below to explore the datatsets with me!

Come explore with me!

Gilbert Fire and Rescue consistently uses data to drive decision making, such as how to respond and maintain services as Gilbert continues to grow. An increase in population also results in an increase in calls for service. For example, from 2004-2016, the calls for service have increased around 95% from 8,724 calls in 2004 to over 17,000 calls in 2016.

As a response to the population and calls for service growth, Gilbert Fire & Rescue increased the number of fire stations from 1 in 1993 to 10 in 2016.

We have also used data to anticipate service call locations and helped us decide where to build future fire stations that will best serve the community. Let’s take a closer look at the fire service calls from 2014-2016 to understand how data can drive the decision of fire station locations. By plotting the service calls' coordinates, we can assess where Gilbert Fire and Rescue is receiving requests and how often requests occur.

Currently we have 10 online fire stations that serve Gilbert residents. As you can see, fire stations are strategically built near areas with a high volume of calls for service (red areas on the map) to quickly respond to residents in need.

As new patterns emerged from our data, we assessed residents’ current and anticipated needs. As shown on the map, southern Gilbert (around the intersection of Chandler Heights and Higley Roads) has seen an increase in calls for service due to the residential growth in the area. To enhance service to residents in this area, we are building Fire Station #9 on the southeast corner of Higley and Ocotillo Roads which is anticipated to open in August 2018! 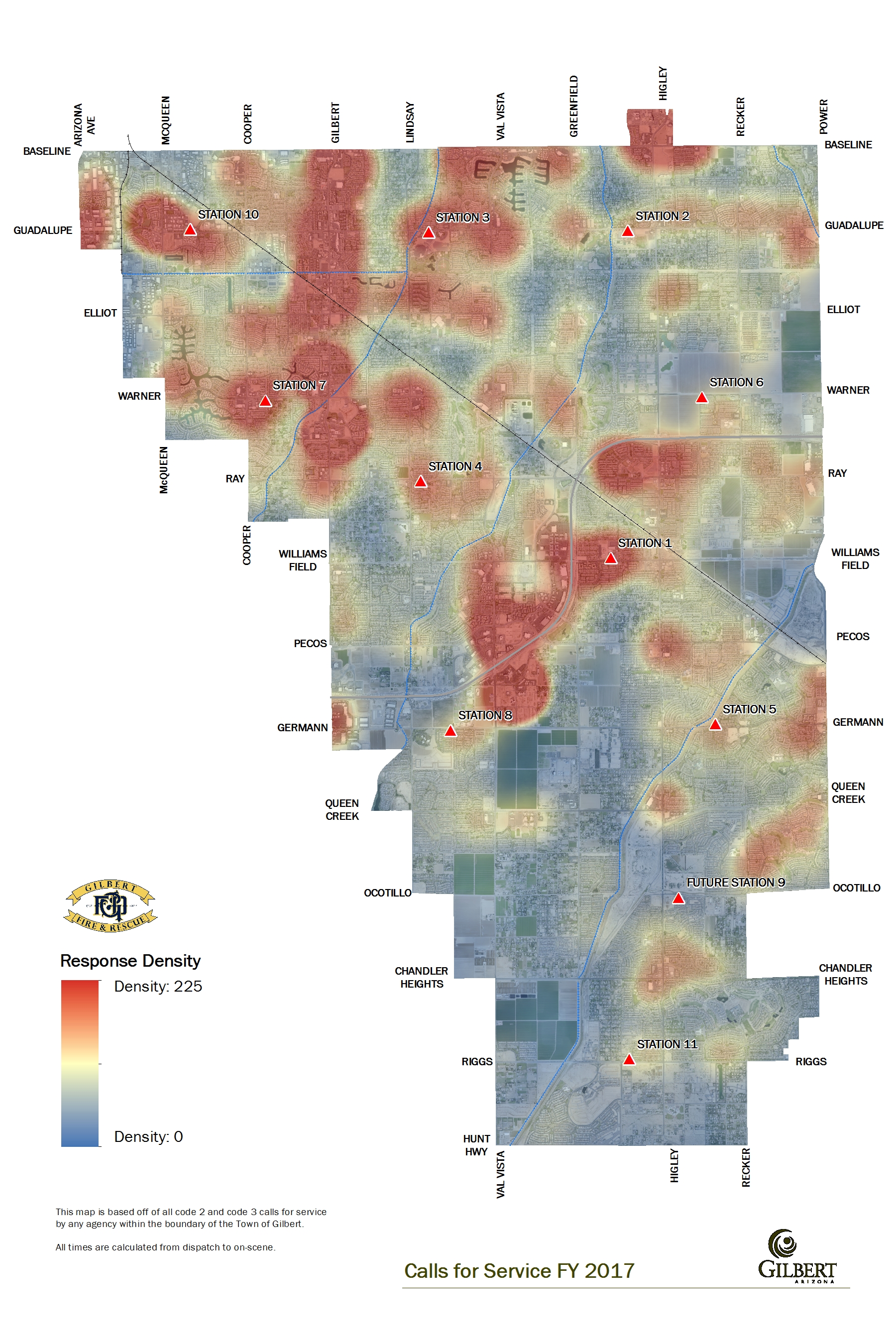 The Gilbert Fire and Rescue Department is proactively responding to the growth and changing needs of the community. We’re continually evaluating creative methods to meet the service needs of our community. This dashboard is an example of how Gilbert uses data to increase knowledge and make strategic decisions about current and future services to residents as the population grows.

[The heat maps represent the actual calls for service locations. However, the addresses provided in the data set are generalized to protect privacy]

What other dots are you connecting? Share your ideas in the comments! 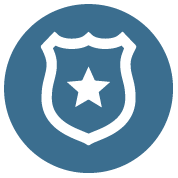 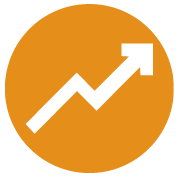 One Response to “Population vs. Fire Department Calls for Service”